Can Recruiters Avoid Gender Bias in the Workplace With These 4 Steps? 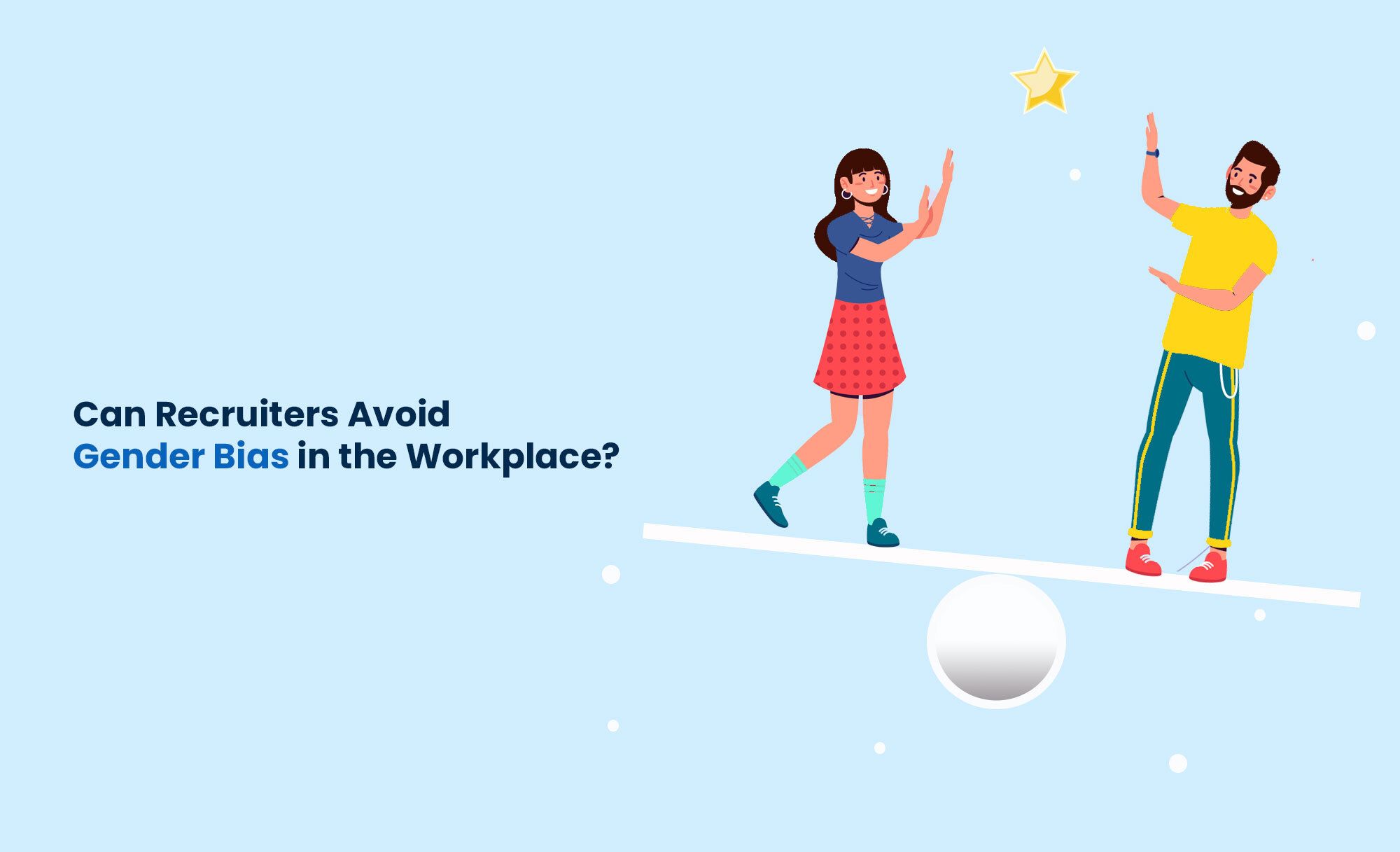 The World Health Organization (WHO) clearly states that about 1/3rd of a person's life is spent at work. Therefore, how he/she spends their time at work will determine their overall well-being, happiness, and mental health.

When a workplace becomes toxic and hostile with rising gender discrimination, outright prejudices, and so on, employees could easily drop out of the situation if it remains unattended.

Today, gender discrimination in the workplace is not something unknown and has been a topic of discussion for years.

For instance, The Equal Pay Act of 1963 theoretically suggests that both men and women must be paid equal amounts for the same job that they're doing.

However, companies with faulty hiring practices and unconscious and conscious bias had led to an increase in this scenario now more than ever.

A primary gender discrimination concern faced by employees is the discrepancy in payment. Several business hubs like New York, California, London, Massachusetts, and so on have brought about regulations like banning the practice of asking for salary history before hiring or bringing into effect The Equal Pay Act as discussed above.

However, it's important recruiters understand that payment is one such facet of gender discrimination.

There is a comparatively lower representation of women at work, unequal benefits, and other promotional opportunities as well.

Over 40% of women in the U.S. have reported experiencing discrimination at work just because of their gender.

It's wrong to say that women are the only ones who are affected by the above. The LGBTQ community is also susceptible to the same.

So, it's crucial for companies to adopt a fair and foolproof hiring system that would exclude such gender-based recruiting practices.

4 Ways How Recruiters can Stop Gender Bias in the Workplace

From the manner, a job description is written to preconceived notions about men performing better than women in a certain job role can lead to such gender discrimination.

Instances of hiring managers deliberately not choosing female candidates irrespective of having better qualifications and experience showcase the common preconceptions that are still existent in 2022.

1. Have Conventional Sets of Criteria

Before you post the job advert on your job boards or social media platforms, make sure that you have a standard set of characteristics that are required for the respective position.

Make sure all your team members and the hiring manager are informed about the same and that they are on the same page as you.

Your candidates, irrespective of their gender, must be treated in the same manner. Always stay away from discriminatory questions that may ruin or spread negative word-of-mouth about your recruitment agency or company.

It's important to train everyone involved in the recruitment cycle suitably. Teach them how to combat unconscious bias while hiring candidates. Your entire team must actively work on making sure that there are no preconceived notions harboring inside that might affect the process.

It's sometimes hard to avoid unconscious bias since as humans you'll tend to have a soft spot for people who are of the same gender and race as you are.

For instance, ask your team members to go through this unconscious bias test that can help them understand where they are falling short.

3. Keep Records of Your Candidates in an Applicant Tracking System

Staying on top of recruiting activities is a must for every talent acquisition head. A paper-free, fast, safe, and reliant option can not just save you loads of time but also help you pull up records easily, in case there's a legal emergency.

Usage of an Applicant Tracking System will also help recruiters onboard talent effortlessly.

Once you integrate your ATS with your Candidate Relationship Management (CRM) software, you can provide candidate feedback effortlessly.

Using technology like Textio to improve your job ads by cross-checking usage of words that are not just culturally appropriate but also is inclusive gender-wise can help with the development of your recruitment brand.

4. Avoid Any Form of Pay, Benefits & Promotions on the Basis of Sex

Any time an employee receives unequal pay, fewer benefits, and promotions on the basis of gender, it's highly likely that he/she will drop out in a few months' time.

Not only will the employee turnover increase but will also lower the morale of existing employees if they come to know about the bias their colleagues are facing.

Under The Equal Pay Act of 1963, such kind of activities is illegal causing trouble for the company involved.

Nearly 60% of women could end up earning more if they were paid the same as men in similar roles.

Unlearning any form of stereotypical bias is the first step towards preventing gender discrimination in the workplace.

Recruiters and hiring managers have one of the biggest roles to play in preventing this. In final words, staying clear from the below would prove helpful for everyone—