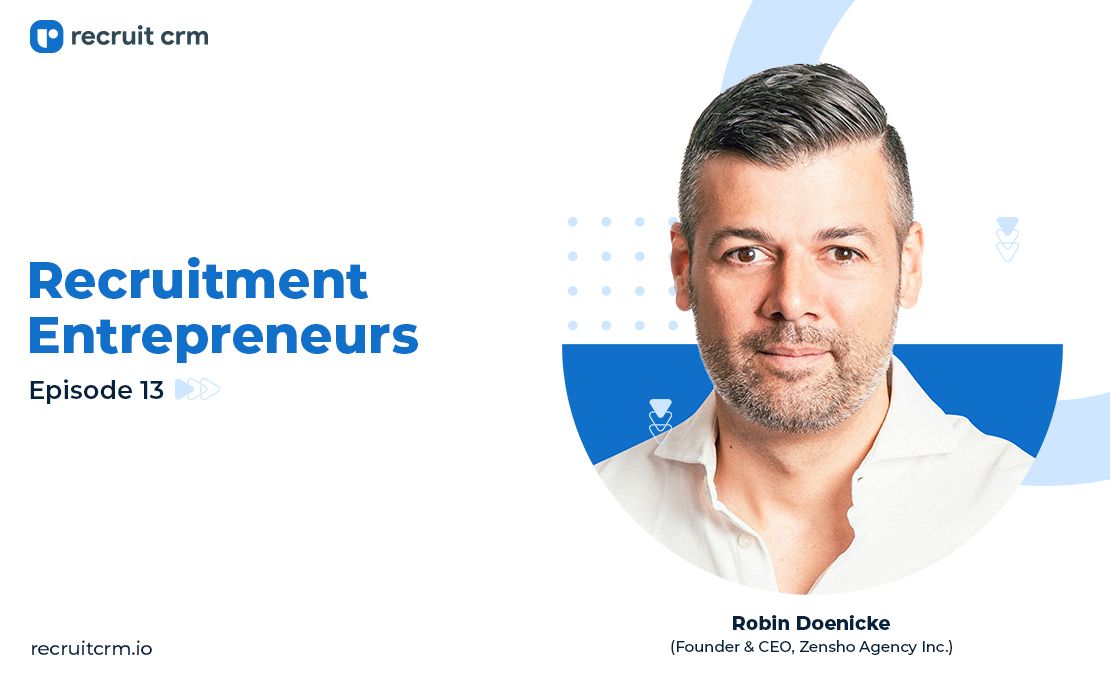 Robin Doenicke, an Australian entrepreneur, coach and martial arts expert co-founded Zensho Agency Inc., an innovative, technology-driven brokerage leading the recruitment forefront, in Japan back in 2003. After working for four years as an account manager at advertising giant DDB, he moved to Japan in 1996 as a trainee to Bujinkan Budo Taijutsu grandmaster, Dr Masaaki Hatsumi, ultimately earning the top rank of Dai Shihan in martial arts. Today, he's a popular teacher worldwide and continues to immerse himself in varied martial disciplines that keep expanding his knowledge.

Back in 2016, Robin took the bold step of recreating Zensho Agency as a paradigm-changing ‘blue ocean’ platform that would release and reward recruitment professionals, something which was not done previously by any agency.

Doenicke was named one of “30 People to Watch in the Business of Law in Asia in 2017” by Asia Law Portal and featured in the acclaimed business documentary “The Movement,” released in 2018. In 2019, Robin’s vision and commitment towards Zensho Agency Inc. led Recruitment International to award him their most coveted honour, “Business Leader of the Year,” and he was again recognised for leadership excellence in 2020 when APAC Entrepreneur magazine featured him as one of the “20 Most Influential Entrepreneurs in Japan" and awarded Zensho Agency as the "Most Visionary Recruitment Business 2020."

Tune into our 13th episode of the Recruitment Entrepreneurs series and hear Robin Doenicke talk about overcoming bankruptcy twice and eventually finding success with his agency.

Recruitment Entrepreneurs has been gaining momentum and a huge shout out to all our listeners for loving us the way you always do. You can listen to and download our episodes on Google Podcast, Amazon Music, Apple Podcasts, Stitcher and so many other sites!

Tell us more about whether you loved listening to Robin Doenicke's unique recruitment entrepreneurial journey.