“I’ve used Bullhorn, I’ve used Pipedrive, I’ve used Zoho Recruit, and they are all kind of lackluster. They don’t deliver a product that solves our problems and the solutions we need. Recruit CRM is the first product that I’ve seen that’s actually built by recruiters for recruiters.”

We recently were in conversation with Brennen Jackson, Chief Vision Officer at MMI Industries, who’s been a Recruit CRM user since January 2022.

Like most recruiters, Brennen was fed up with the trial and error of different recruiting software until we came into the picture.

Based in Denver, Colorado, Brennen and his team at MMI Industries provide a unique model of psychographic recruitment services. Instead of focusing on technical skills, their model assesses candidates’ soft skills to make objective hiring decisions.

To scale their third-generation recruitment model, MMI Industries wanted an innovative recruiting software that empowered their team and aligned with their mission.

Coming from a big box recruiting background, Brennen wasn’t new to ATS’ and CRMs. His team experimented with providers like Zoho Recruit and Bullhorn before discovering Recruit CRM three months into their business.

With an old-school recruiting tech stack, the team knew they wanted a modern solution that could–

Ultimately, they didn’t just want a tool to log data. They wanted a modern tool that addressed real issues and tracked their progress.

Brennen and his team were impressed with the Kanban deal boards and the candidate pitch tool. Apart from this, they loved Recruit CRM’s–

Read more: How Bluebird Grew Their Team by 150% with Recruit CRM

Recruit CRM Features That Really Spoke to Them

Brennen was onboard with Recruit CRM within 10 minutes of his product demo with us!

Though the Kanban board did steal his heart, what he raves about the most is the email read receipt feature, email resume tracking, and visual candidate pipelines.

When comparing Recruit CRM’s features to other systems, he spoke about how customer queries and requests are handled instantly, and new feature requests are always being rolled out to optimize the product.

The user interface is very user-friendly since many recruiters aren’t the most tech-savvy people. The different functions of the product are geared towards helping us get our job done; none of them are flashy things that are just there to look cool. It’s all very practical and usable; we use 95% of the features daily. 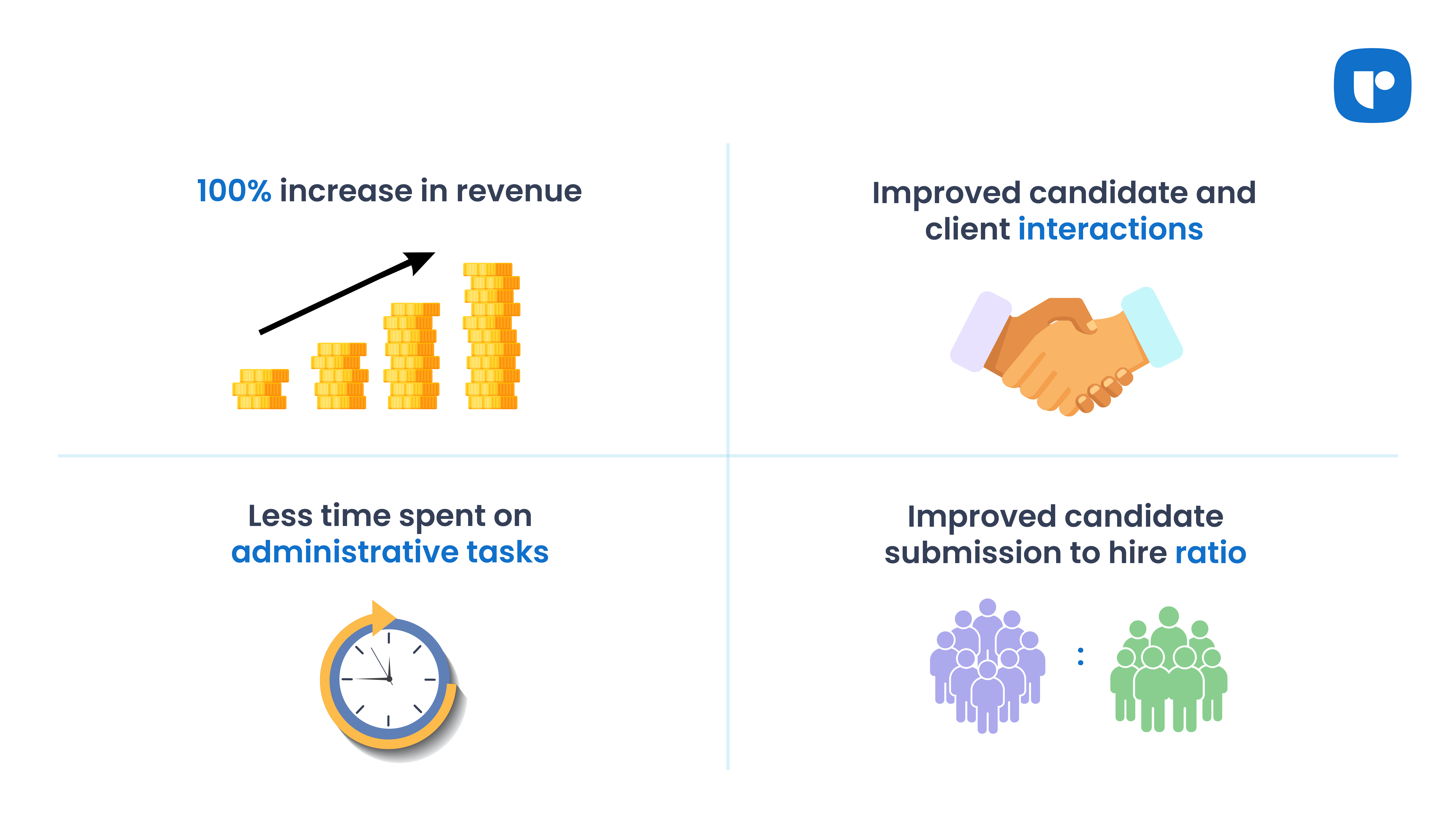 With Recruit CRM, they achieved–

I have seen what using a CRM is like, especially as someone who’s now seen all three sides of it–not using one, using a mediocre one, and using Recruit CRM. I mean, it speaks volumes!

Besides a massive sales improvement, MMI Industries continues to grow its candidate relations. With Recruit CRM, they drastically brought down their candidate submission rate. Where most agencies take eight submissions to get one hire, MMI Industries do it with just three!

As their sales continue to skyrocket, one thing will always remain consistent: their love for our software.

I’d give you an 11 out of 10. I constantly rave about your product. I love your product and can’t speak highly enough of it!

Ready to get started with us?

ATS: Why You Need One to Accelerate Your Recruitment Process?

Handling Layoffs: How to Recruit Amidst This New Crisis?