Back To Blogs
Recruiting Tips 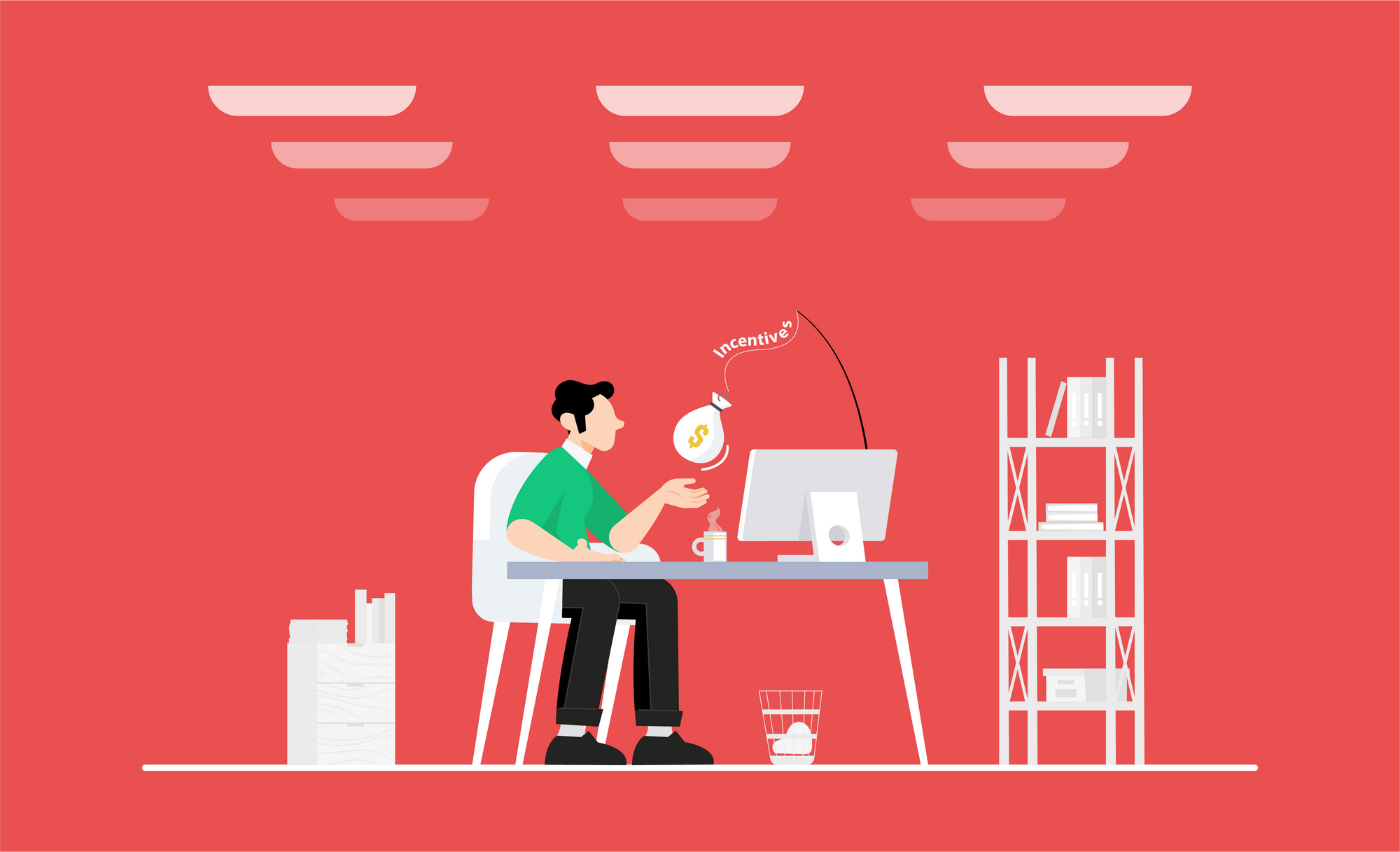 Now you have a team and have assignments to do. One of the most important elements of building a business is the motivation of your team to achieve organisational goals. Much as enough has been spoken and written about motivational factors and hygiene factors in a work context, the situation on the ground for a start-up is very different. No team member is going to motivated by your story about changing the world (and change the world doing what, Recruitment?).

Changing the world sounds fine if you are doing something novel (like researching cancer drug) or if you are already running a large corporation (which still has some chances of impacting the world). For a startup like yours, it is all about, compensation, incentives, growth opportunity and quality of work. Therefore incentive structures are the most valuable tool for an entrepreneur to ensure that the objectives of the organisation and team are well aligned.

There are ‘n’ number of ways in which incentives can be structured. It depends on the kind of work that the team member is doing and the results that are expected to be achieved. The quantum of incentive will also depend on the amount of fixed compensation already being paid.  So, incentives are basically a reward for achieving the desired results. Ideally, an employer would like to give a compensation which is 100% variable. So when the company earns money its pays, else, zero pay. However, that is being in a fantasy world. From the employee perspective, an employee would like to get her total compensation as assured pay irrespective of results. However, this will not sit well with the employer. What is expected by the employer and the employee are two ends of the spectrum.

Compensation structures define the nature and culture of an organisation with respect to its competitiveness and aggressiveness. For example, if an organisation does not pay incentives/variable pay it will end up collecting employees who are risk-averse, and who though working sincerely have no motivation to go the extra mile. Such businesses do sustain but rarely flourish. On the other hand in organisations where a large amount of compensation is variable, the employees would be highly competitive and result oriented.

We have seen that just salaries are not enough to motivate people. A fixed salary is more like a hygiene factor and something over and above that is required to motivate the employee. Yes, annual appraisals and growth in fixed salary can be a motivator, though it seems too far away at the end of the year.  Therefore, while hiring a recruiter always look for a person who would be ready to earn more (though not guaranteed) rather than someone who is fine with a lower earning but a higher fixed component.

I recommend that the incentive must be a percentage of the revenue earned by the recruiter rather than the profit (you can always calibrate the percentage depending on how much you wish to pay out). To bring out the aggressiveness and animal spirit, it is prudent to have incentives right from the word go. This means for each $ of revenue earned the recruiter must receive their incentive.

b. However, the other way of looking at it is that even if a recruiter works 10% more because of the incentive, you have more than made up for the additional expense. Let us take an example. Let us assume you pay your recruiter an annual fixed salary of 48000 $. As per norms she would be expected to generate a revenue of about 5 times that which is 240000 $.

This would be about 8-10 placements in the year or more (depending on the level). With a 10 % incentive ( which would be about 50% of the annual salary), the recruiter is bound to be excited and would surely put in more than a 10 % extra effort leading to a more than 10 % result.

And surely if you have more than one recruiter, some would do 20% or even 30% more than usual. Overall it evens out and you would be much better off with your profits even after the incentive payout. Another good outcome is that now that your recruiter is earning a good total compensation, that leads to higher employee retention.

Also, consider building an accelerator into your incentive scheme. Based on specific on-target achievements, you could have an additional percentage point of incentives. Remember that all this extra revenue coming in now is pure margin after paying out the incentive. This also fires up your top performers in a big way.

The above numbers would vary from country to country and would also differ based on the size of the agency, the level jobs they recruit for and the salary levels and norms prevalent. However, the explanation above holds good in the most situation if applied appropriately.

You will also need to incentivise the other members of the team directly involved in the placements. These could be the business development team and the research assistant (in case of executive search). We obviously want everybody to be aligned towards common goals. Therefore you could also give about 5% of revenue to the business development resource. In a recruitment business, there will always be the concept of hunter vs farmer (as mentioned in our previous article on conducting business development).

In view of the same a business development person could be given a % of every revenue earned from a client signed by her for a period of one year (or whatever you feel is appropriate) from the date of signing an agreement. Subsequently all incentive to be given only to the recruiter. In case a recruiter is assisted by a research assistant you could split the incentive between them (maybe 2% – 3% from the 10%).

Never ever make incentive a zero-sum game. That is someone loses when another wins.  Ranking and rating people would be the worst kind of scheme and be counterproductive wherein people stop collaborating with each other. Nothing should be measured in relative terms and all calculation must be with absolute numbers.

Also, do not put a minimum performance base for recruiters to start earning an incentive. If the base is too low, it is meaningless and if it is too high, people stop trying after some time when they feel it is unachievable. When you incentivise for
every $ earned, then every day is a new day full of opportunity even if you
have screwed up earlier. And anyway, if a recruiter is not performing and not
picking up, you as an entrepreneur would assess that quickly and can fire the
non-performing recruiter. Whichever way the risk is minimal.

As you grow your team and have independent team leaders or branch heads, you could move towards profit based incentive for such leaders as they would now hold profit & loss responsibility.